Robert John Vineyards is a limited production boutique winery located in Napa, California that specializes in the highest quality cabernet sauvignon and sauvignon blanc wines. RJV wines was founded in 2009 by Robert John Nowinski who took an interest to the wine culture when he was on a business trip in Napa Valley. Being an orthopedic surgeon from New Albany Ohio, he felt disconnected from the numerous wine enthusiasts that he was surrounded by on the trip and it bothered him that he was not able to converse with his colleagues about wine. Motivated and inspired by his experience in Napa, RJ decided to make learning about wine his new hobby. Once he had read all the wine books he could, he realized that the only true way to really immerse himself in the wine culture, was to go back to Napa. During his trips back to wine country RJ was able to meet with winemakers and vineyard managers who gave him exclusive insight on how wine is made and information on small producers in Napa Valley. Learning from winemakers, especially those who were doing things a little different from the norm, helped launch RJ’s career in wine.

In 2009 RJ was a man on a mission, he started calling grape growers and winemakers asking if he could purchase fruit and he had had his lawyer look into availability of possible names for his brand. RJ decided to use his own name to trademark his brand and so, RJV Vineyards was born.

RJV Vineyards has been a Left Coast Marketing Client since 2015 and we have had the pleasure of working with them during numerous projects including their recent trade show event where we helped them prepare by designing their tastings notes, expandable backdrop, wine club forms and email marketing campaigns! We also took the bottle shot photos that are used on their website. 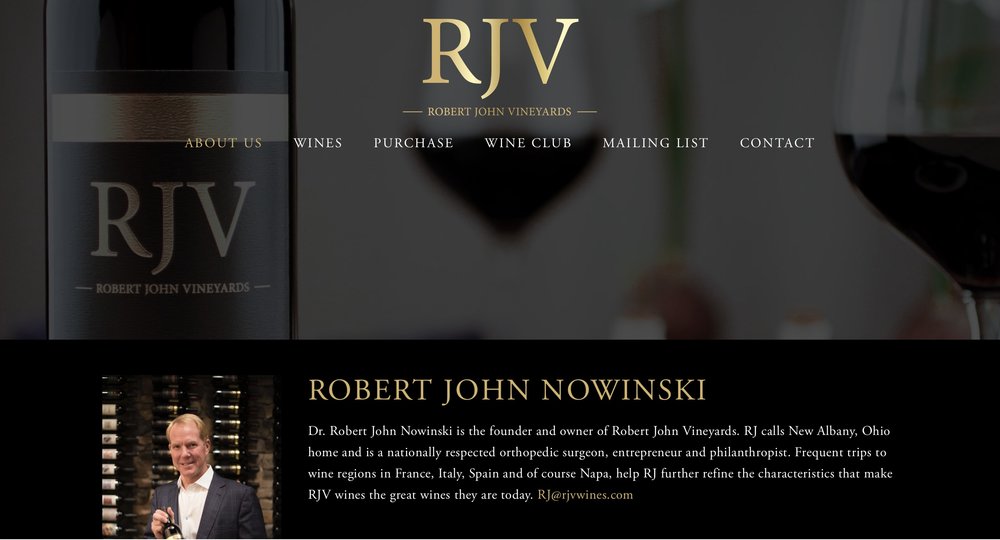 RJ looks at wine like art – and calls it, “a personal expression of self interest” and loves how wine is something that brings people together and creates experiences. We absolutely love working with RJV Vineyards and look forward to many more creative projects with them in the future!